2020 has been a year of great change for us all and running psychodrama groups during this pandemic has called for greater spontaneity in all of us.  After a trip to Arizona in January where I had the delightful experience of attending Tian Dayton’s workshop on using psychodrama with trauma clients, I was feeling re-energized!  Stopping over in Los Angeles, I was asked to run a half day of psychodrama group work for men in recovery from sex addiction. This was an amazing time in which I saw the method working as I followed the warm up of the group.

Before we had time to organise an Open session, the restrictions hit Singapore and we were unable to meet in person. However as always, spontaneity prevails and following the lead of others using Zoom to run psychodrama groups, we started our first group online. The response was enthusiastic and the group was comprised of women only. This ran for 4 weeks followed by the start of another group with both men and women.  Our Women’s group continued to flourish for 16 weeks which took us all the way to September. Each week dramas would be directed as creative ways were discovered to do role reversal and doubling.  Amidst much laughter as well as tears, healing was experienced by many and we formed connections that continue to grow.

Following this, a group of NUS students asked to do an interview and proceeded to make a mini documentary about psychodrama for a school project. We were able to have an Open session with them so they could experience psychodrama first hand. We hope they get a good grade as they were the only ones to actually get involved in the therapy they were researching.

As the year comes to a close, we have planned to run an Open session which will be limited to 6 people on 8th Jan 2021.

Also in the pipeline is a new group for personal growth to be launched on 15th Jan 2021.

Do keep your creativity going as we endeavour to make psychodrama more accessible.

As JL Moreno, the father of psychodrama, put it;

“A truly therapeutic procedure cannot have less an objective than the whole of mankind.”

May you be blessed with a safe and healthy year end — Merry Christmas & A Happy New Year! We look forward to seeing you next year. 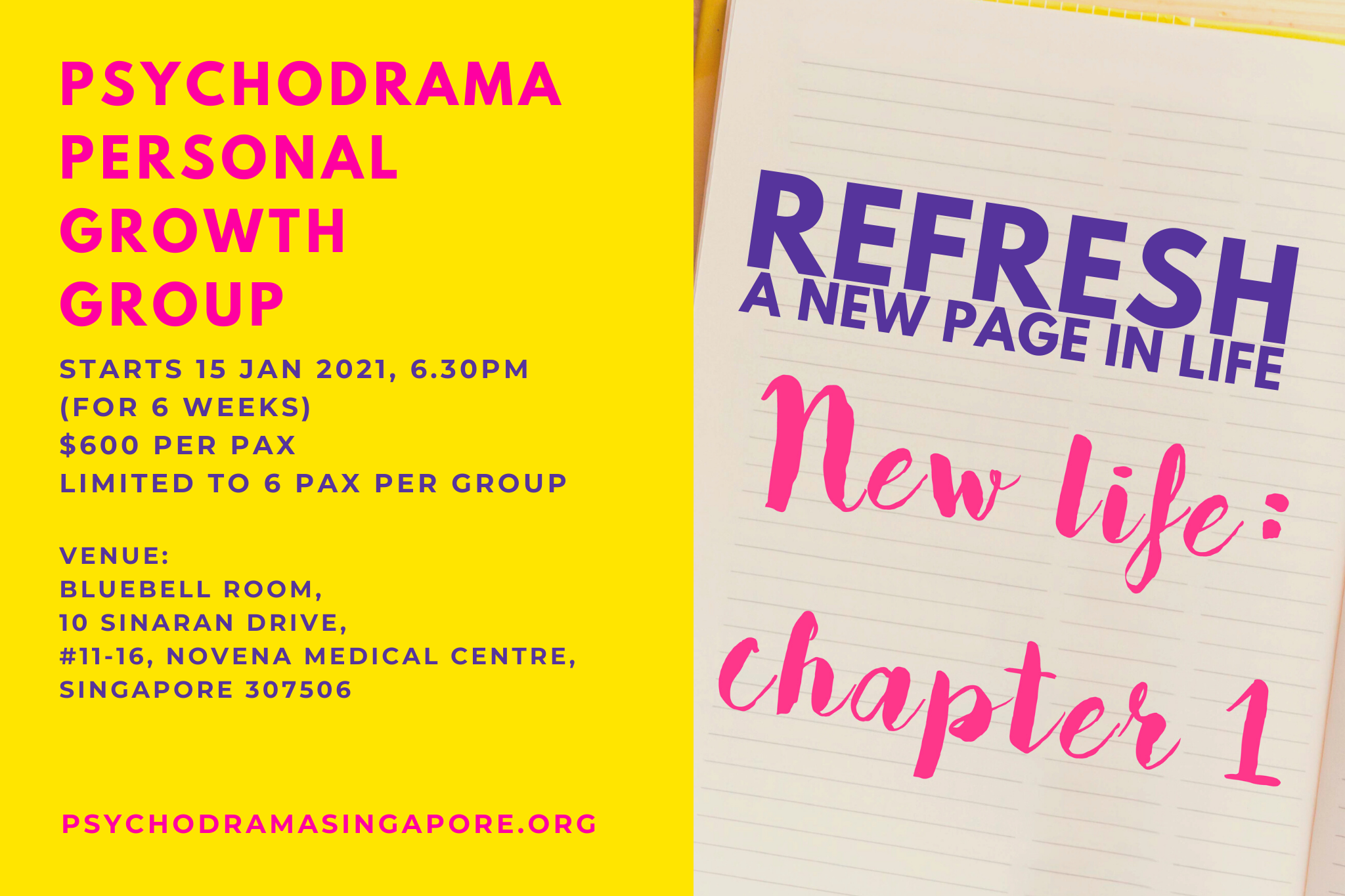