Happy New Year from us at Psychodrama Singapore!

As 2018 is rapidly flying by I feel itâ€™s important to look at several aspects of our work at Psychodrama Singapore and some of the groups we have run here in the past 12 months in 2017.

Well for one, we ran several ongoing groups which has tapped a great thirst for more psychodrama and greater connection with other fellow human beings.

So far 4 ongoing groups have run and each weekly group ran for an average of 6 weeks. These group members have had the opportunity to experience full Psychodramas and to have the experience of being in a group that works towards developing progressive ways of living and being.

Another highlight of 2017 has been the training in Singapore by Rebecca Walters TEP from Hudson Valley Psychodrama Institute (HVPI) in October. 18 people from Singapore, Hong Kong, Thailand, and Malaysia attended the training.Â  The workshop brought together counsellors, therapists, psychologists, and a psychiatrist to learn some psychodrama tools to better engage resistant clients.

We were also engaged to run workshops on using experiential methods in running groups for primary and secondary school students. Counsellors who attended found themselves inspired and equipped with new ideas to capture the attention of their kids.

We were also engaged to run group building session for some of the classes in La Salle for first year students. It was wonderful to see students come alive.Â  SIT engaged us to run a workshop on communication and NYP had us run training on addictions and families. Using experiential methods especially Psychodrama, Sociodrama, Role training and Sociometry helped anchor the learning in participants as they took it in holistically. We also ran Sociodrama for children living in a shelter for victims of domestic violence.Â  Much fun and laughter as well as deep sharing ensued with people feeling understood and seen.

Our Open sessions for 2017 were well attended and several attendees signed up for the ongoing groups to get a deeper experience of Psychodrama. Our last Open session of the year was â€˜Taking Stockâ€™ and was filled with lots of gratitude and new resolve.

As we go into 2018, a time of reflection and refocusing on what is progressive and not so helpful, we invite you to sign up for the First Open session of the year entitled â€˜Into Actionâ€™.Â  Come get your spontaneity groove on and be with us as we take a look at what 2018 holds for us and our wishes for the new year! 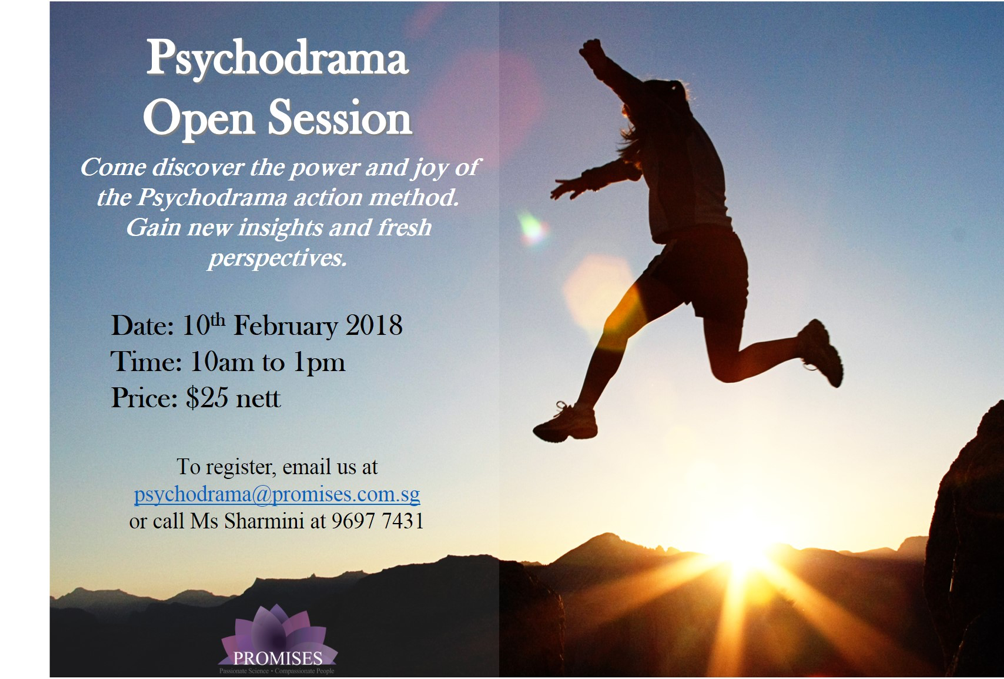